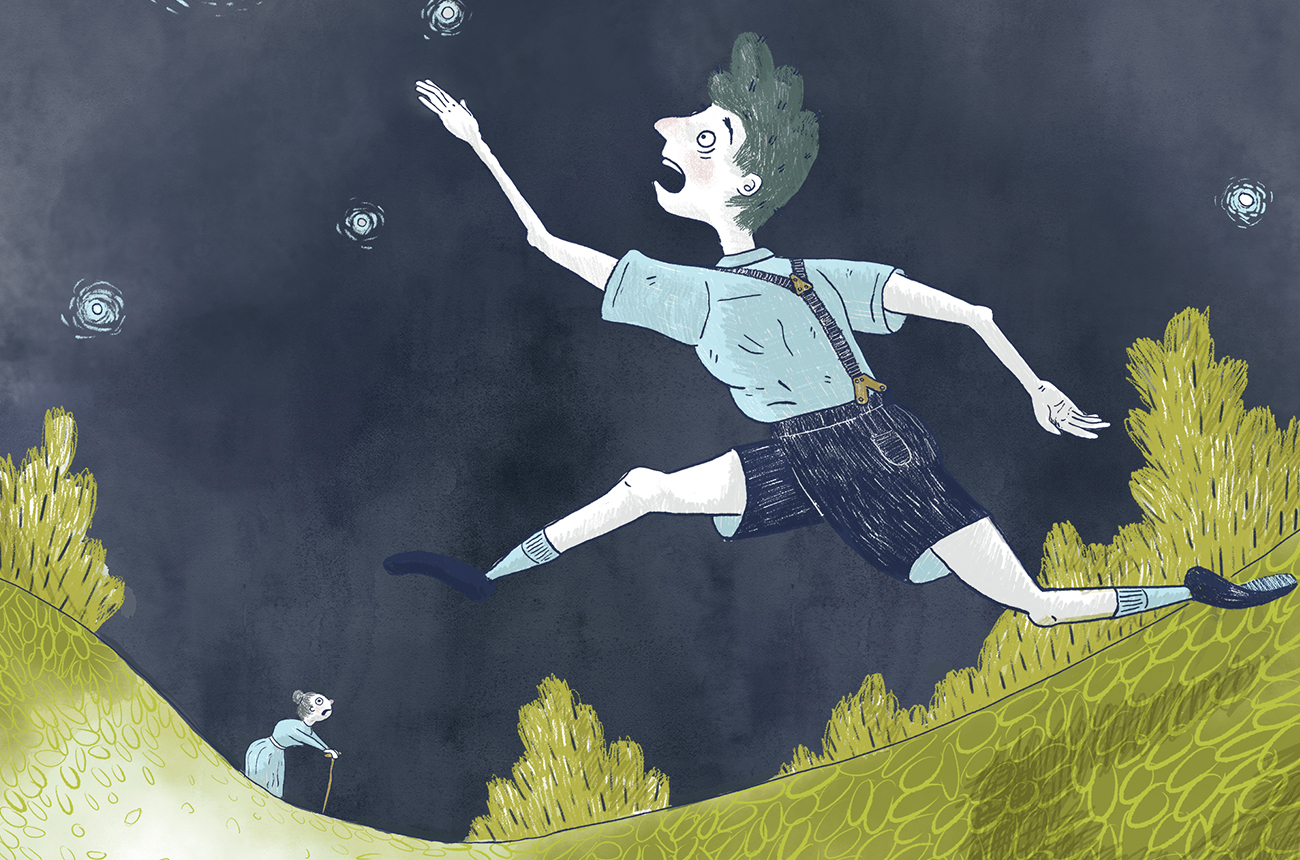 I created a series of three illustrations inspired by the book Howl's Moving Castle by Diana Wynne Jones. For these illustrations I focused on creating dynamic compositions and a strong style that would unite the pieces visually. The final results convey the whimsy and magic that I felt when reading the story while still staying accurate to the text.

Thumbnails are often overlooked by designers and illustrators but I feel that they are a great way to work through a lot of ideas quickly and get a feel for what will work at full scale. After reading through the story and picking out which scenes I wanted to portray, I took the time to do some thumbnails and visual development in my sketchbook.

I take my favorite thumbnails and work them up into a rough sketch. "Rough" is relative as I've been told my rough sketches are pretty tight for a first pass.

I recently invested in a Huion pen display and I have been trying to sketch digitally. It isn't as clean as the pencil sketch but I was happy with the final results and it was much easier to edit than a physical sketch. I think i'll keep sketching this way in the future.

After sketching I dove head first into trying to finish the first piece with the falling star. I went through quite a process before landing on the final style. I think in the future I will spend more time doing some smaller tests to find a look I'm happy with before taking on a whole piece.

I tried to find some examples of artists that were using line and pattern to get the feeling I was trying to achieve.

After studying what I liked about the work of the artists above I took one more try at finishing the falling star piece, this time with much greater success.

After working out the kinks with the first piece the other two came much easier. I made some compositional edits as I worked on the final renders. In the second piece I fixed some perspective issues and changed Sophie's posture so that you could see her face. In the last piece I moved the characters down. This allowed me to make them a little larger and pulled them away from the darkness and detail of the castle. I decided to use the same limited color pallet across the entire series. This created a bit more of a challenge since the settings are so varied but it provides the series a strong sense of unity. 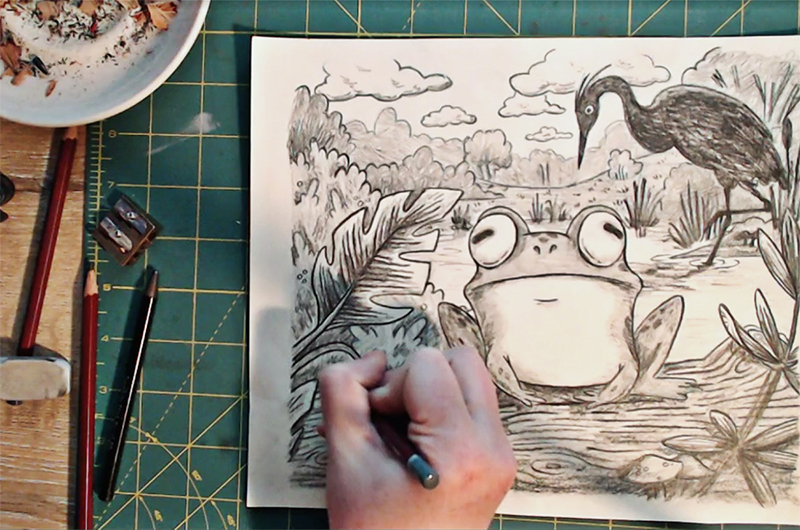 I've been working on integrating traditional pencil line work into my digital illustrations. Here is an overview of my process and results.

I created a series of three illustrations inspired by the book Howl's Moving Castle by Diana Wynne Jones. For these illustrations I focused on creating dynamic compositions and a strong style that would unite the pieces visually. The final results convey the whimsy and magic that I felt when reading the story while still staying accurate to the text. 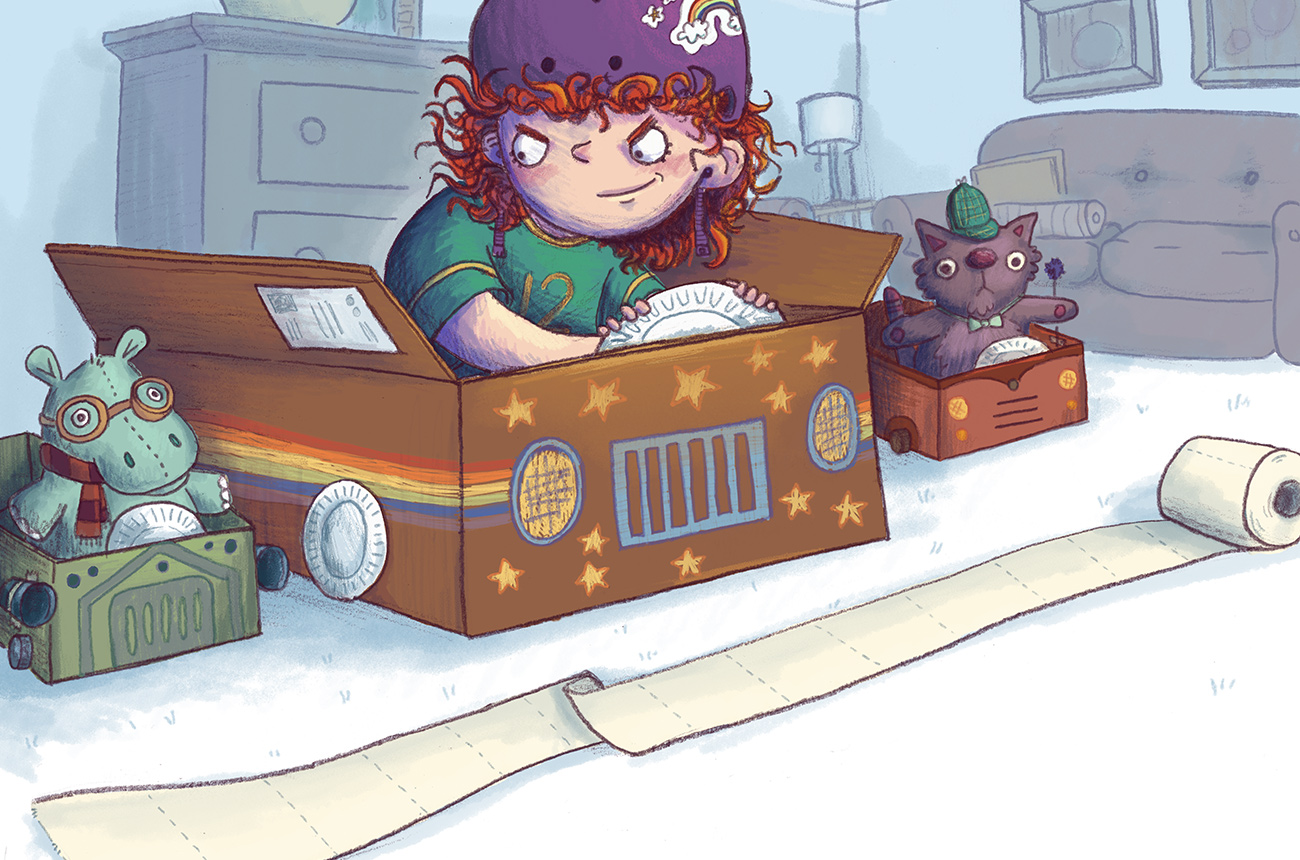 A Study of White Space

I have always admired full-page children's book illustrations where the illustrator is able to cleverly incorporate the white of the page into the picture. I feel like sometimes I tend to over-illustrate, filling every square inch of the page with color and line so, recently, while I was working up ideas for the Prairie Writer's and Illustrator's Day illustration prompt, I challenged myself to try and incorporate more white space into my illustration.